House prices fell by 0.9% during the last month

House prices increased by 7.2% over the last year 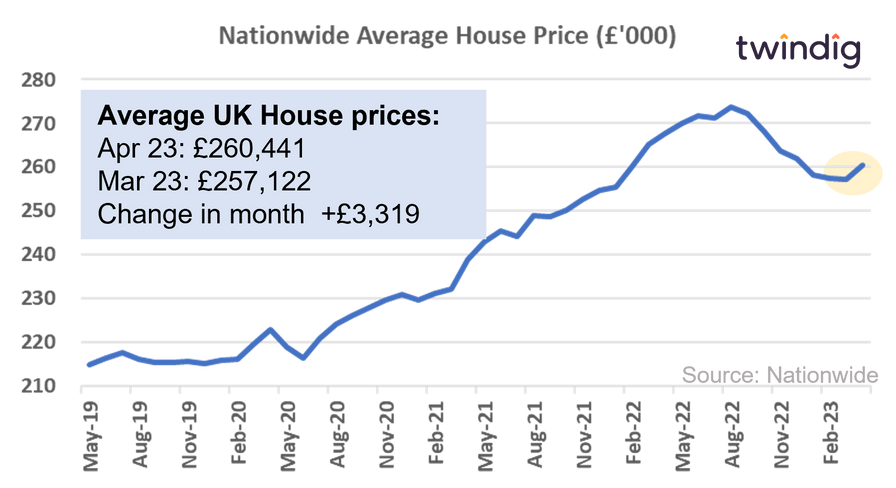 Has the cost of living crisis coupled with the September mini-budget finally taken the wind out of the sails of house prices? House price growth stalled in September and fell by around £5,500 in October.

House prices fell in October 2022, and the Nationwide continues to believe that the UK housing market will slow in the coming months as the cost of living starts to bite and rising mortgage rates start to bite. The housing market was relieved when Chancellor of the Exchequer Jeremy Hunt reversed most of the measures announced in the Kwarteng mini-budget and the financial markets appear to be willing to give Rishi Sunak the benefit of the doubt as incoming Prime Minister.

House prices in the UK are now more than £50,000 higher than they were before the start of the pandemic in 2020, which will provide some comfort to many as we enter unchartered waters, but those who bought during recent months may fear that they bought at the top of the market. The Nationwide sums up the situation as it relates to housing affordability Housing affordability is becoming more stretched. Deposit requirements remain a major barrier, with a 10% deposit on a typical first-time buyer property equivalent to almost 60% of annual gross earnings – an all-time high.

How much is my house worth?

If you would like to quickly see how much your house is worth you can do so by visiting twindig.com we have details of every house across the country, all 28 million, not just the one million or so that are currently for sale or rent.

How much is my house worth

The Nationwide house price index is calculated from owner-occupier house purchase transactions which are in part-financed by a mortgage. Buy to let and cash purchases are not included in the Nationwide House Price Index.

The nationwide takes into account the following factors when calculating its house price index:

UK location - which part of the country the house is located

Size of property - the physical size of the property, larger houses usually a command a higher price

The index is 'mix-adjusted' so that changes in the number of different sized properties sold each month doesn't impact the average house price. For instance, if one month more 4 bedroom detached houses were sold than normal this may increase the reported average house price necessarily.

The Nationwide house price index is based on the mortgages it approves itself. The Nationwide is the UK's second-largest mortgage lender with a market share of around 15%.

The final set of house price indices produced by the Nationwide Building Society relate to new and existing homes.

In total the Nationwide produces 48 different house price indices on a quarterly basis.