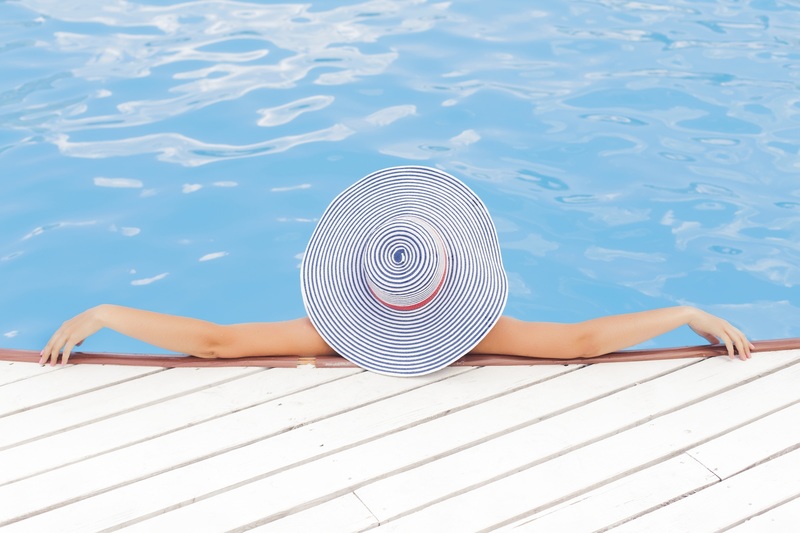 Before the COVID pandemic there had been three Stamp Duty Holidays. You might not be able to remember when they were but look at the graph below we are sure that you will be able to tell when they came to an end. Technically the third one wasn’t a Stamp Duty Holiday, but it signalled the start date of the additional stamp duty charge on additional homes (holiday homes, holiday lets, buy to lets etc) 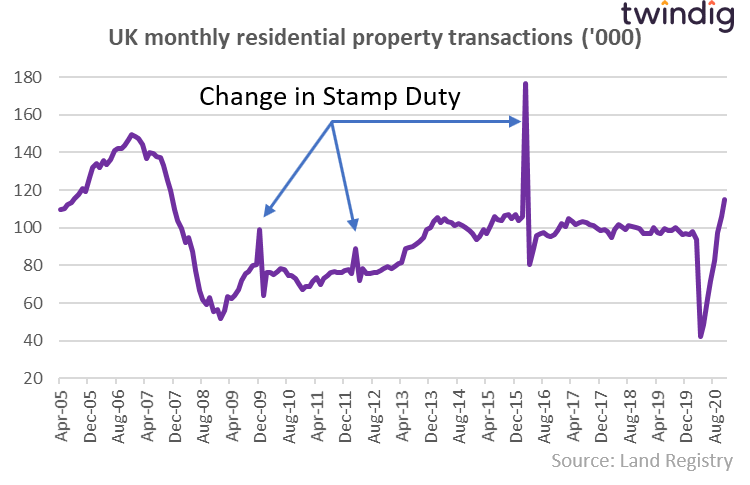 Thinking of buying? Then use our Stamp Duty Calculator

You can use our stamp duty calculator to work out how much Stamp Duty you will need to pay. Amounts vary depending on where the property is: England, Scotland, Wales or Northern Ireland, whether or not you are a first time buyer and if you are purchasing you main home or an additional property such as a holiday home, a holiday let or a buy to let property. Our Stamp Duty Calculator takes all of these factors into account

Three stamp duty changes but only one result

This Stamp Duty Holiday is different 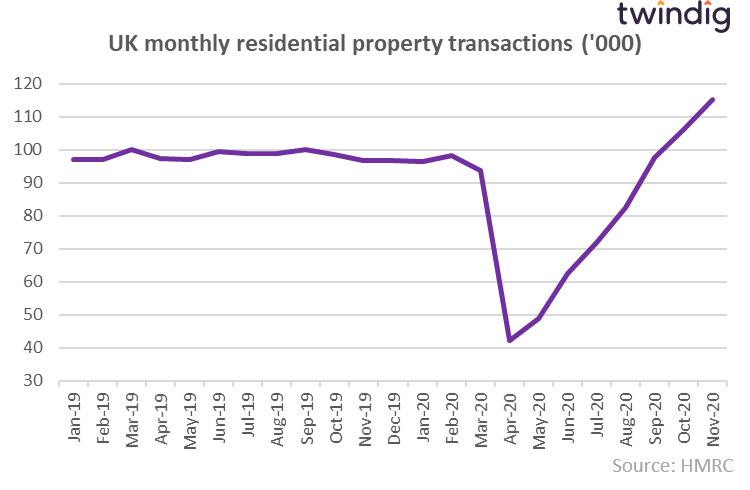 What is the impact of COVID and the Stamp Duty Holiday? 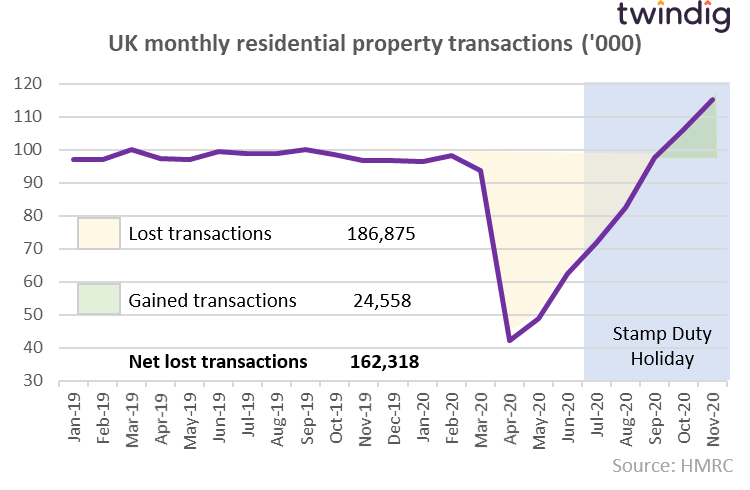 As we write the Stamp Duty Holiday is due to end on 31 March 2021 and we only have data up to November 2020. Our base case assumption is that the lost housing transactions will be made up by 31 March 2021 after which the level of housing transactions will fall significantly, but quickly returning to trend levels by the summer of 2021. This assumes that the COVID pandemic does not lead to a further closing of the UK housing market. 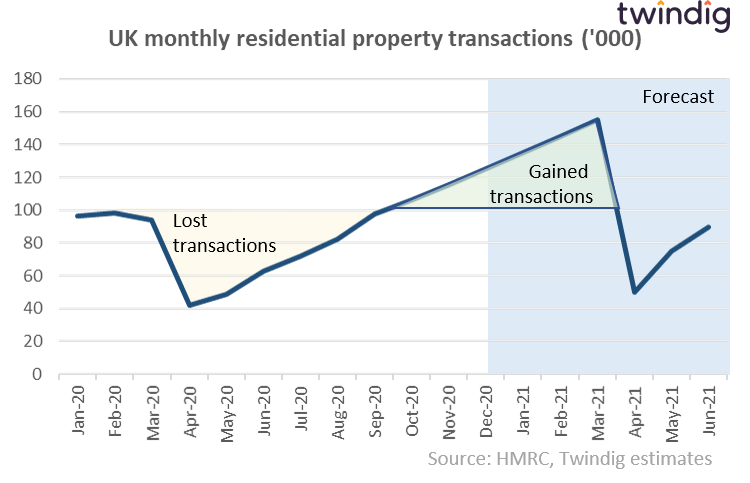 We look in a bit more detail below at what happened in the lead up to and following previous stamp duty holidays and changes to Stamp Duty. 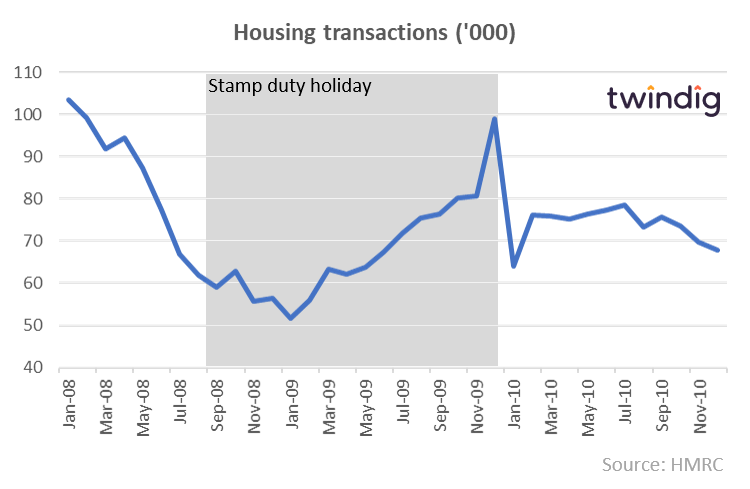 Difficult to see how a stamp duty cut stimulated housing transactions, as transactions were below their pre-holidays levels for much of the holiday itself and the spike in transactions came after the holiday. However, rather than a spike in first-time buyer activity, this was more likely to be cash buyers rushing to beat the increase in Stamp Duty effective from April 2012. 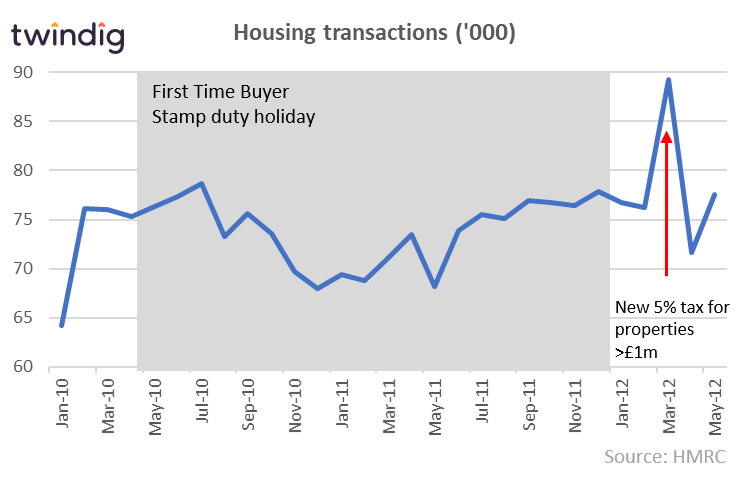 The Autumn Statement in November 2015 announced that from April 2016 any home purchase that was not to be the buyer’s primary residence would pay an additional 3% Stamp Duty. This increase, therefore, fell on second homes and buy to let properties. Once again we see a large spike in activity the month before the Stamp Duty change takes place, but in this case, it is difficult to argue that this increase in Stamp Duty had a noticeable impact on the underlying level of housing transactions. 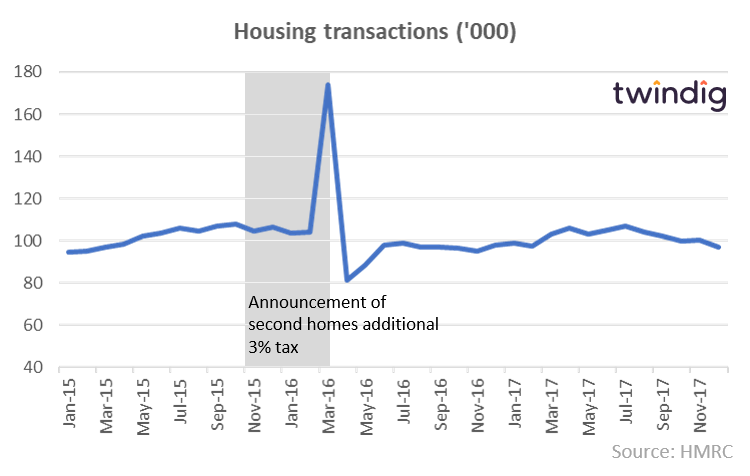 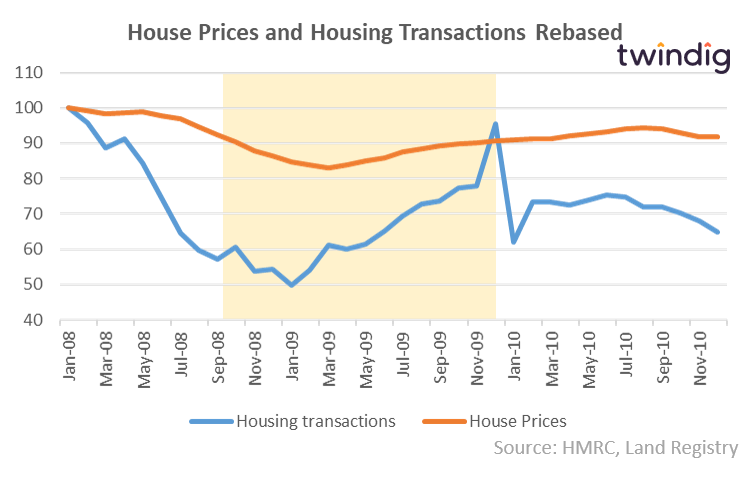 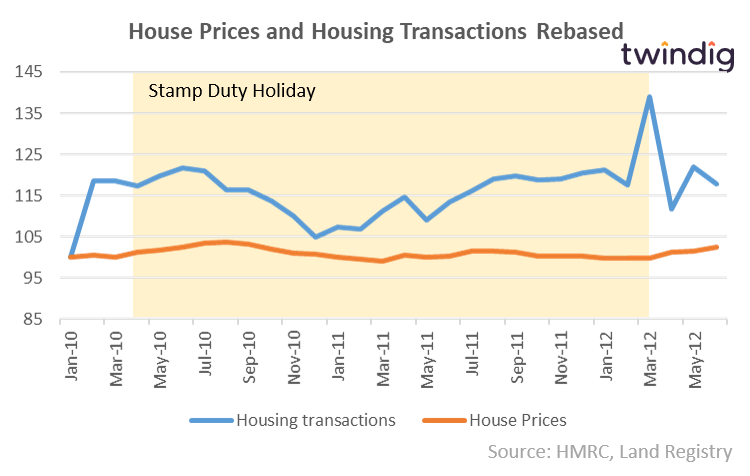 The Second Home Stamp Duty change was announced in November 2015 ahead of becoming law on 1 April 2016. This change led to the biggest spike in housing transactions we have ever seen as largely chain free and cash buyers rushed to complete transactions ahead of the Stamp Duty increase.
House prices were largely unaffected by the change in Stamp duty continuing their upward trajectory and rose 1.7% between the time the Stamp Duty increase was announced and becoming law. House prices rose a further 2.5% during the remaining months of 2016. 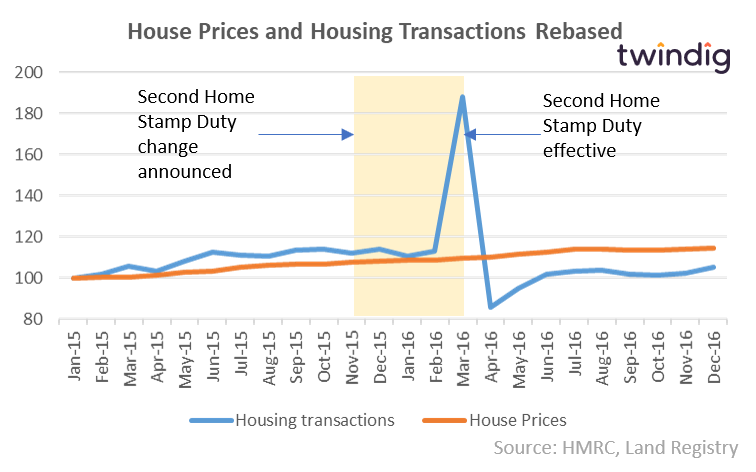 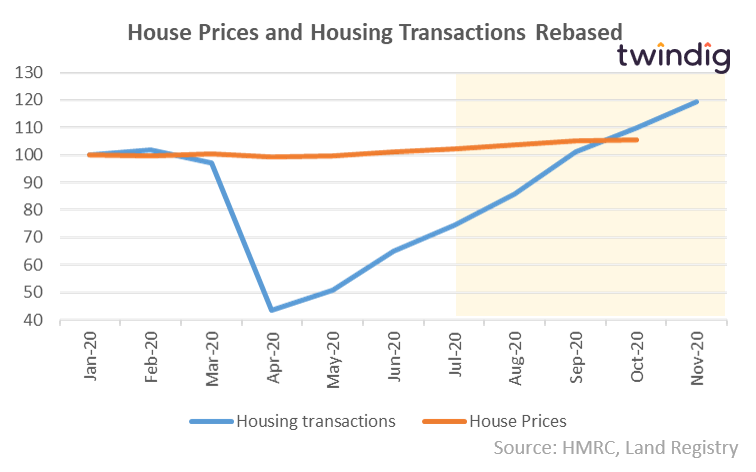 Should the Stamp Duty Cut be extended?

We also believe that buying a home is a major life event and one that won’t have been taken solely in the hope of saving a small amount of Stamp Duty Tax.
Extending the Stamp Duty holiday merely pushes the problem further down the road and whilst there could be transition arrangements for those caught in the middle, no transition plan will work for everyone.